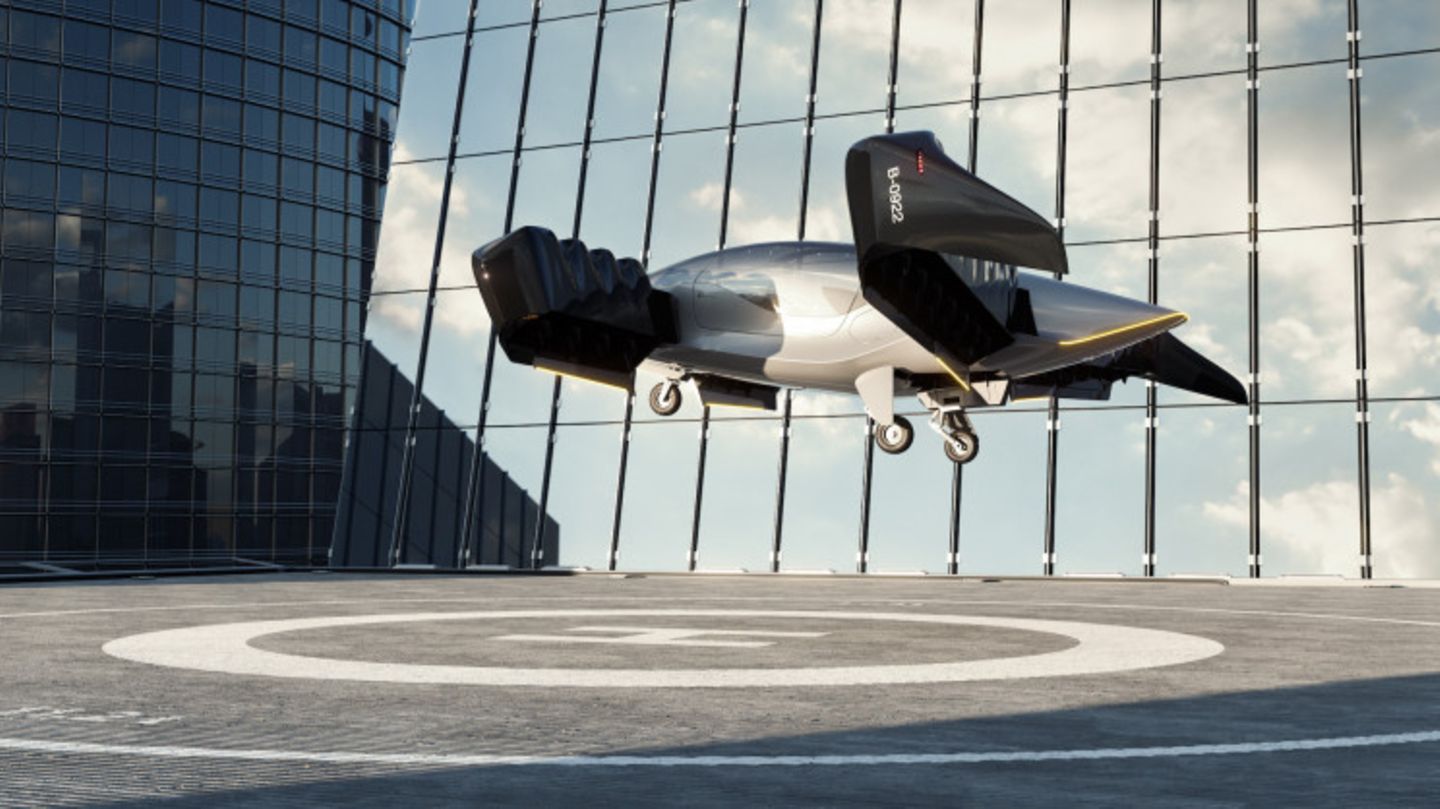 A promising taxi (eVTOL) is being developed in Germany – Lilium. Now new avatars of a Chinese project have appeared, very similar to the Munich model. The Pantuo Pantala Concept H from Shanghai Lilium is similar, but promises higher travel speeds and uses a different technology.

To be fair, one must say: all quadcopters are the same. The main reason Lilium looks so unique is that no one wants to build an air taxi based on these principles. Both designs share a distinctive Manta Ray shape, large rear spoiler, and seats with electric micro-slots along the wings. But there are also big differences. For takeoff and landing, the Pantala tilts the entire wing, and the Lilium jet moves only the nozzles. The Lilium is powered by 36 small jet engines, and the Pantula is powered by 22 propeller fans. The large number of engines results in a high level of repeatability in driving and ensures greater safety.

Propellers have to consume less power when flying, so the Pantala Concept H can reach a speed of 300 km / h. That’s just over 280 km/h from Lilium. The Munich air taxi is supposed to carry seven people, the Chinese model only five. Both models indicate a range of up to 250 kilometers. The Pantala Concept H uses lithium-ion batteries and has 22 large diameter electric skew propellers in place of open rotors.

The German company wants to operate its taxi by 2024, and it is assumed that the Pantala Concept H will go into production a little later, that is, in 2027. Pantuo Aviation plans to conduct flight tests with a smaller prototype this year, and construction of a prototype of the large aircraft will begin In 2022. The name Pantala takes two Greek terms: “Pan” means something like “everything”, and “Talaria” are the winged sandals of the messenger of the gods Hermes, the son of Zeus.